With Guided First-End Pinning you:

Many harness assemblies have individual wire ID's either printed on the insulation or applied as a label. Whenever labeled harnesses are built with a "first-end" pinning approach, it is absolutely critical that the correctly labeled wires get inserted into the correct cavities on the first end. Labeled first-end pinning is generally used when: 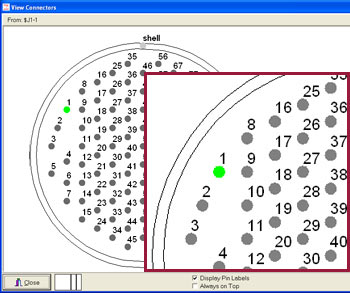 Regardless of which of these second-end steps is used, the assembler doing the second-end pinning is dependent upon the wire labels to be correct.

When errors are made on the first end and assemblers rely on the ID's for assembly, mis-wires will occur that should be discovered in a final test. If using guided assembly for second-end pinning, unless the operator visually verifies proper wire ID's, the result is usually an electrically correct assembly, that has some wire ID's that are incorrect. Remember, continuity testers are blind to wire ID's. 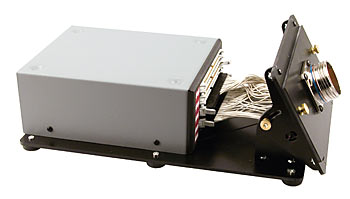 Harness assemblies installed in aircraft and other complex equipment with wrong ID's create nightmares for service techs when they do maintenance or troubleshooting. When they recognize the wrong wire ID for a particular pin position, should they put it into the correct position? Should they leave it alone?

The best time to catch any error is before it happens! Cirris has extended the capability of the easy-wire CR tester to help error-proof the process of getting wires with correct ID's inserted into correct connector positions at the first end. Whether you use labeled wires or not, when you first-end pin connectors, second-end pinning can be done much faster and more effectively if you use guided assembly. Click here to review our "second-end guided assembly" process.